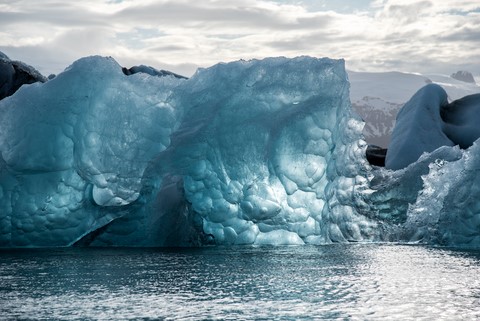 Scientists estimate that the ocean has absorbed 93% of the warming due to the emission of greenhouse gases generated by human activities since 1970. Without it, it would be 36 degrees Celsius higher than it is today on earth, this would be unlivable. However, 70% of biodiversity is found in the ocean! This buffer role in the face of climate change comes at a high cost for marine ecosystems.

Changes in the ocean happen five times faster than in any terrestrial ecosystem. From the polar regions to the tropics, entire groups of species, such as jellyfish, turtles and seabirds, began to move ten degrees of latitude towards the poles.

All marine organisms have started to migrate: phytoplankton, algae, invertebrates, fish, but not all following the same trajectory. Not only has plankton, which forms the basis of the food chain of marine life, changed their distribution areas for fifty years, but its seasonality is changing, and it is becoming smaller in places. a devastating effect on turtles, six of the seven marine species of which are listed as endangered. Among other ailments, it disrupts egg incubation, dangerously increasing the number of females, to the point of compromising the next generation.

Certain phenomena are known: coral bleaching is an obvious indicator, visible to the naked eye, of the warming and acidification of water. All of them are expected to be affected by 2050, when they provide habitat for a quarter of all fish species. Destruction of kelp forests results in the loss of some fish and, even worse, their habitat, while promoting the growth of other algae, which reduces the amount of oxygen in the water.

Worse, these strandings, reported and recorded, should not make us forget that more than 80% of dolphins dead at sea sink and decompose at sea, according to a low estimate. This is why around 11,300 dolphins would have died on the French Atlantic coast in 2019 but only 10 catches were declared by fishing vessels the same year ... In France, on the coasts of Vendée and Charente Maritime on the only period from January to March, it is an average of 6,000 dolphins (and up to 10,000 according to Pelagis' estimates) which are killed by pelagic trawlers fishing with ox (net pulled by two trawlers) but also by large industrial trawlers with a large vertical opening.

Some fishermen admit the existence of accidental catches of dolphins: they are caught in the cracks of the nets with the bass and tuna which hunt schools of small fish. A reality that is not accepted by the Fisheries Committee, which considers that "France protects its Dolphins". It must be said that fishermen benefit from a certain opacity in their activity. Indeed, if since 2012, fishermen have been required to declare dolphin "bycatch", the DPMA (Department of Maritime Fisheries and Aquaculture, attached to the Ministry) has still not appointed an organization in charge of collect these statements. Thus, the trawl fishing techniques are not selective (imposing nets capture all the fish in the area), the dolphins, which are however not targeted, die in slow agony: "the dolphins which have come up alive die injuries inflicted by fishermen on board the vessels The stranded corpses show fractures of the rostrum, severed tail and fins, deep gashes from the nets.

Consumers have a key role and should, to preserve French dolphins: eat much less fish, or even stop! Because when you eat fish, it is not only fish that you condemn, but the lives of thousands of cetaceans, turtles, birds and other marine animals, which are caught in the nets of industrial and artisanal fishing.

Lungs of the Planet

The ocean is home to a people invisible to the naked eye: they are plankton, made up of microscopic organisms that drift in the ocean with the currents. It represents more than 95% of the marine biomass and includes a remarkable diversity: viruses, bacteria, micro-algae, reproductive cells, fish larvae, micro-crustaceans, etc ... Some plankton, plant plankton or microalgae, behave like green plants: through photosynthesis, it absorbs carbon dioxide and produces more than 80% of the oxygen in the air we breathe. This plant plankton, also called phytoplankton is suspended in the surface layer of the ocean, is involved in the carbon cycle by its production of organic matter thanks to sunlight, by photosynthesis. This plankton is a “lung” of the planet, like terrestrial forests: it absorbs CO2 and releases dioxygen (O2). Over time, it has led to the oxygenation of our atmosphere.

This is the reason why the overconsumption of seafood is collective suicide. By emptying the oceans, we are emptying our lungs. By consuming so much fish, we break the food chain that helps produce our own oxygen and that of our children.