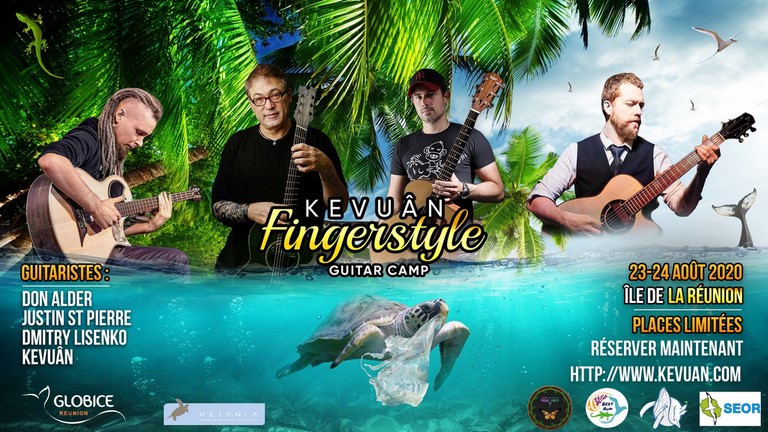 During the period of august 2020, the TARA association will organize the coming of 4 international musicians on the island of Reunion. Including 4 countries  like France, Quebec, Canada, and Latvia.
This non-profit initiative, with for main interest, that of creating a documentary film in order to sensitize the world on poaching, animal mistreatment, the disappearance of endemic species as well as the current state of our oceans.

A musical event called "Guitar Camp", a guitar training course of several days, will be organized to allow fans of the style to meet, exchange and learn from these musicians. The trainees will participate in various musical activities as well as in a beach cleaning day, victim of various pollutions killing dozens of animals and marine mammals every day.

This activity will be undertaken by all members of the course, as well as teachers and other local associations, such as the "Best Run" association.

The musicians will perform a charity concert in order to support these associations which fight every day for animal and environmental life.

After the 2-day Guitar Camp ended, the musicians will go to meet several associations and study societies such as : Kelonia (turtles), Globice (Cetacea), Seor (Birds), Spa (Pets) as well as Duoocean in the dolphin interview frame.
The final goal of this trip, will be to collect as much image, interview, comments and relevant solutions from scientists in order to raise awareness on the importance of our ecosystem, the importance of animal and plant biodiversity so that we can offer future generations a sustainable planet ! 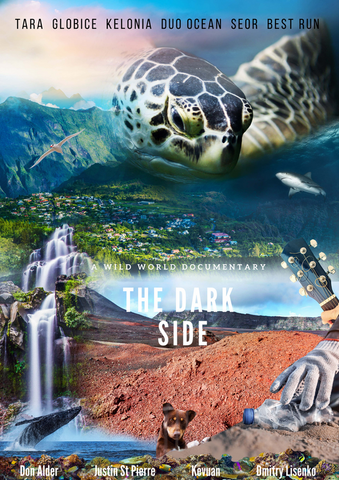