Conventional agriculture is Killing our Soils 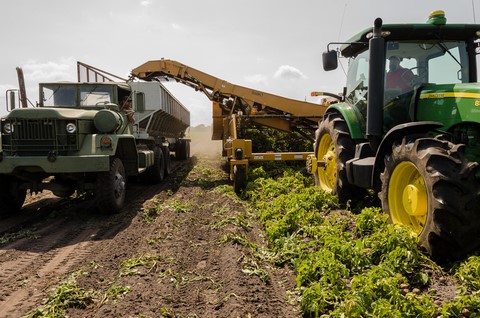 A third of the soils are already degraded in the world. Let us recall, on the occasion of World Soil Day, that conventional agriculture is a real scourge both for the environment and our health. If conventional productivist agriculture contributes strongly to the generalized pollution of our environments (soil, water, air) and to the disappearance of biodiversity in our countryside, it has also literally killed our soils.

In less than 3 generations, the fertility, however renowned of French soils, has been largely degraded because of intensive cultivation practices which are based on maximum productivity, at all costs, with a single goal: to increase yields, reduce risk and constraints to win more and more. In the end, it is our environment, but also our health and all of our quality of life that are affected.

A third of all soils are degraded due to erosion, compaction, waterproofing, salinization, depletion of organic matter, nutrient depletion, acidification, pollution and other phenomena caused by unsustainable land management practices. The result: Unless new approaches are adopted, globally the total arable and productive land per person in 2050 will be only a quarter of the 1960 level.

Recall that, it can take up to a thousand years to form a centimeter of soil. As 33% of all the world's soil resources are degraded and human pressure intensifies, critical limits are reached and stewardship becomes a top priority.

At least a quarter of the planet's biodiversity lives underground where, for example, the earthworm appears as a giant alongside tiny organisms such as bacteria and fungi. These organisms, especially the roots of plants, act as the main locomotives of the nutrient cycle by improving the supply of nutrients to plants which, in turn, support soil-less biodiversity.

How to stop Soil Degradation?

How can we continue to support irresponsible agriculture, without any future and whose collateral damage obliges us to head forward towards ever more chemicals without any control of the consequences? However, we all have the choice to eat better while preserving our livelihood with mainly organic farming in permaculture and agroforestry.

Let us not forget that our soils nourished our ancestors for tens of thousands of years, without any chemical industry, nor agro-industrial sector with fruits and vegetables with high nutritional value ... But also certainly without the food waste that we are experiencing today.